Popovers have always held a special place in my heart.  We’ve had them for breakfast on pretty much every Christmas morning for the past ten years or so. 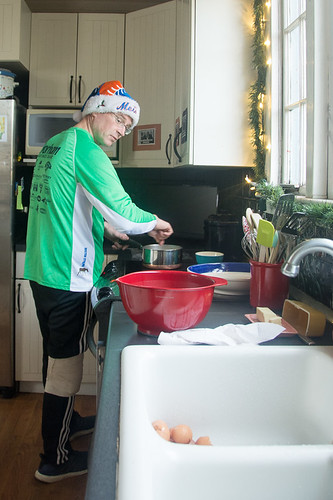 And my brother making them last year . . . 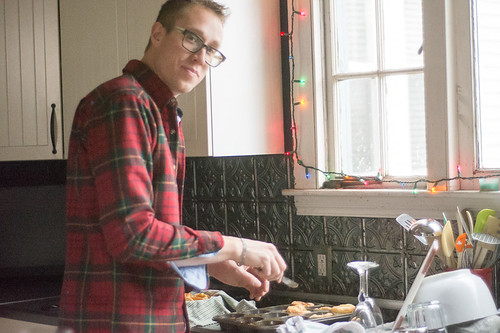 (Funny that they both have the same expression and cooking stance.) 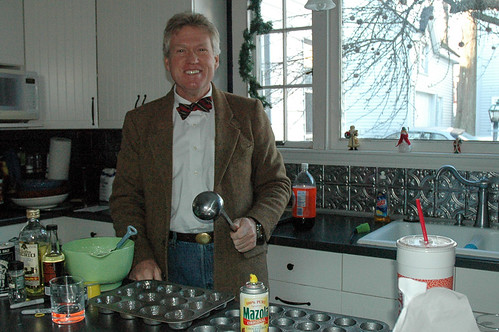 And Frank enjoying them back then . . . 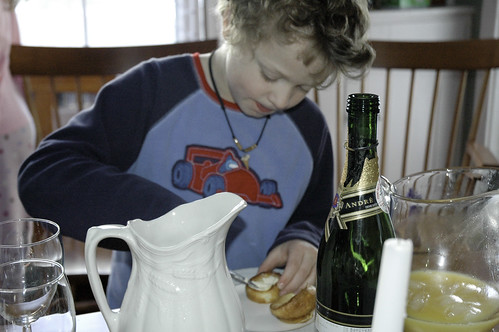 They are a glorious vehicle for lots of butter and jam.  They have to be hot though, to melt the butter.

We’ve made them so many times that I know they’re on page 42 of the red Betty Crocker cookbook.  My version of it anyway.

As many times as I’ve had popovers, I’ve never had them in a restaurant, so when we were in Portsmouth last weekend, we made sure to visit Popovers on the Square.  I’d been there before but didn’t notice whether they had popovers or not, so we walked by and looked at the menu the night before to make sure.

I still like our homemade ones much better, but the ones at Popovers on the Square were big and fluffy and still delicious.  They came with maple butter which was soft and creamy and sweet.  I’ll have to add that to our menu for next Christmas.

I was worried the restaurant would be packed on a Saturday morning, so we got there right when they opened, but there were actually just a few people in there.  I was excited to see that, even though you order at the counter and don’t have traditional wait service, they still had mimosas. 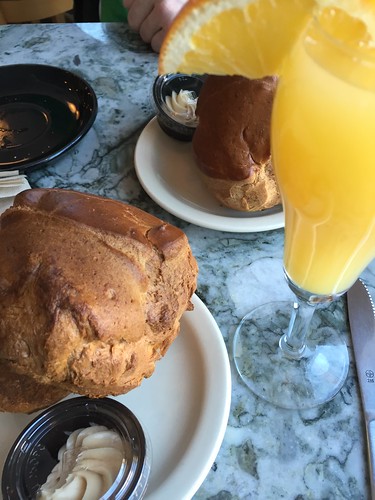 We enjoyed a nice view of downtown while we ate. 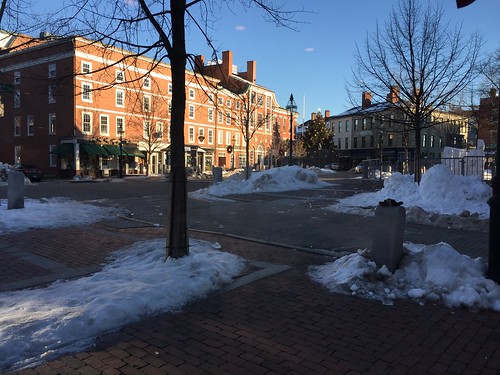 They had a lot of other delicious looking baked goods, but we just stuck with the popovers.  One each was plenty for a light breakfast.

While we both really liked the place and had fun trying our first non-homemade popovers, if you only have one day to eat breakfast in Portsmouth, I would definitely try out The Friendly Toast or Colby’s instead.

As far as popovers, it seems like Jordan Pond House is the quintessential place to get them.  Even though we live in Maine, we’ve never been (that we really remember anyway).  We plan to remedy that, with a breakfast run, as soon as they reopen in the spring.