It seems like it’s getting a little past the time to write a “Year in Review” post.  Only ten days into the new year and it feels like I’m already back into a nice routine.  The fun and craziness of the  holidays seems like a long time ago already.

We had one more thing to celebrate on Friday with our oldest son, Joe’s 20th (TWENTIETH!!!!!!) birthday.  Something about that number is making me feel really old.  We had a nice dinner at Otto’s on Munjoy Hill.  I love a good slice from Otto’s on Congress and definitely won’t say no to takeout, but having it fresh from the oven was glorious.

None of our kids have really caught our running bug, but Joe has done three races with us.  First the St. Brigid’s Harvest Hustle where he placed first in his age group. 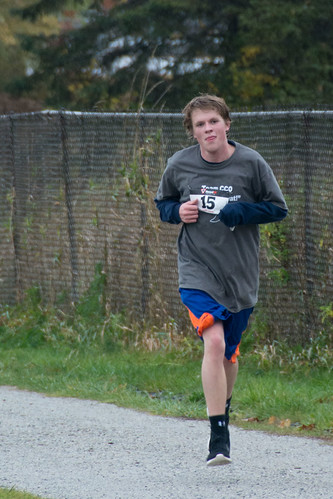 Then The Sea Dogs Mother’s Day 5K and finally The School’s Out 5K as a Lincoln Middle School alum.  Certainly more than I ever did before 20 (or even 40).

Anyway, back to the year in review, mostly I just want to document my stats.  I’m a total nerd about record keeping when it comes to running.  I want to track every tenth of a mile that I run.  I have a spreadsheet on Google Docs where I track every second spent running.  It’s a little thing, but I really enjoy entering the numbers in after each run.  I have formulas in it that track my total miles for the month, for the year, for my current pair of shoes.  It’s fun to watch those numbers change every time I enter a run.  I have every future run entered into it between now and April 18th.

My total mileage for 2015 was 2,280.8.  Not too shabby.  I hit my goal of 2,015 back in the middle of November and estimated that I’d be able to do another 350 before the end of the year – based on all my spreadsheet entries.  Unfortunately, I really fell apart running-wise in December.  I didn’t quit altogether, but I missed multiple days in a row which I hardly ever do.  I think it was good.  I was getting a little burnt out, and the days off helped me get motivated for a better January.  So far so good with 65+ miles this week.  Unfortunately, I’m skipping a long run today.  It’s pouring rain, and I’m just not feeling it.  This one day won’t kill me, but Austin’s not going to be pretty if I miss many more days.  It’s barely a month away!

I’m rambling – thinking out loud.  What are your goals for 2016?  I’m shooting for 2,016 miles this year but will hopefully get more.  How about races?  The only ones I’m fully committed to right now are the Austin and Boston Marathons.

Happy Running and Happy New Year.  Hope it’s not too cold, rainy, icy where you are.