Do you have a bucket list?  I do.  I made it years ago and add a new item to the list every once in a while.  I admit that some of the items don’t appeal to me so much anymore, but #18 was still definitely on my radar: 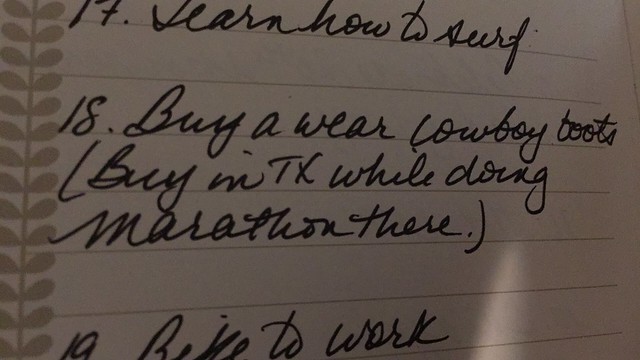 After the previous day’s marathon, I had half of that mission accomplished, so I was really looking forward to completing it.

We needed some fuel first though, and I had spotted a Voodoo Doughnut shop earlier in our explorations.  I wanted to be sure to check it out post-marathon.  (Heavy donut in the belly beforehand probably not a good idea.) 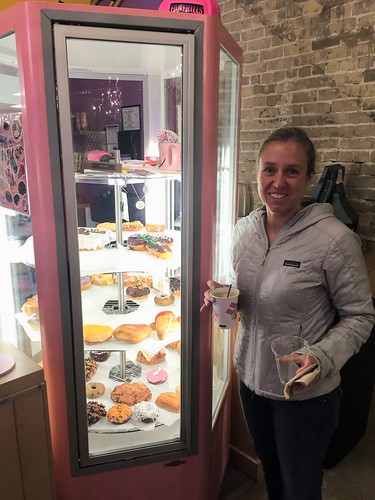 Look at those beauties!

We ended up with a maple bacon and a Crunchberry. 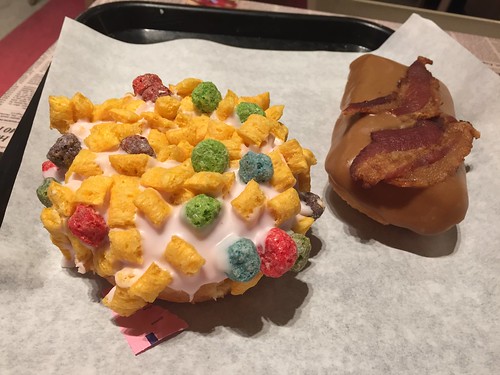 Then we decided to stretch out our sore legs and walk the 2-ish miles to Allen’s Boots. 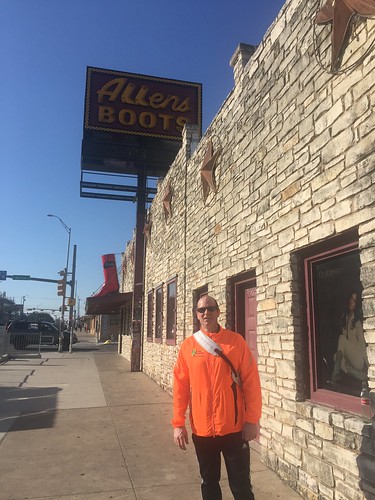 We were slow, but it was a beautiful day, and it was nice to revisit our running route with a more relaxed pace and mindset. 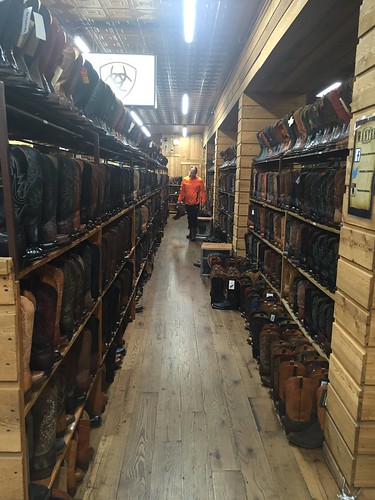 I was pretty overwhelmed by Allen’s vast selection of boots, but the saleswoman, Elise gave me some few tips, and I was ready to dive in.

I narrowed it down to about 3 or 4 pairs and tried those each on a few times.  Putting on and taking off boots is hard any day, but with post marathon soreness, it was not pretty!  I was glad no one was watching.  Elise checked on me a few times but didn’t hover which I liked. 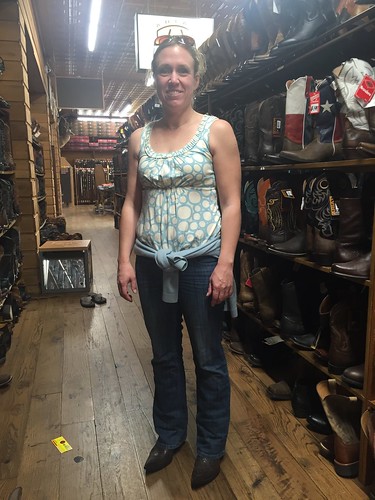 These were the winners.

I couldn’t even wait to get back to the hotel to put them on. 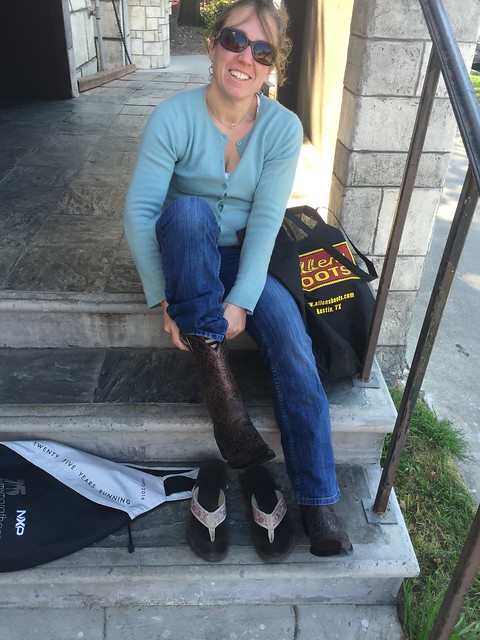 Even in their first wearing and with a mile or so to walk back to the hotel they were comfortable.

Someone had recommended Hopdoddy’s to me on the pre-race shake out run.  It just happened to be right down the street from Allen’s, so we popped in there for an early lunch and managed to just beat the long lines. 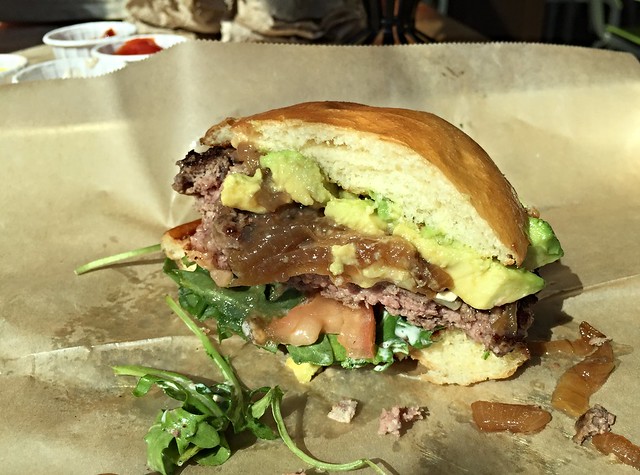 The burger was amazing.  We got the “Primetime”.  It was the best burger I’ve ever had. 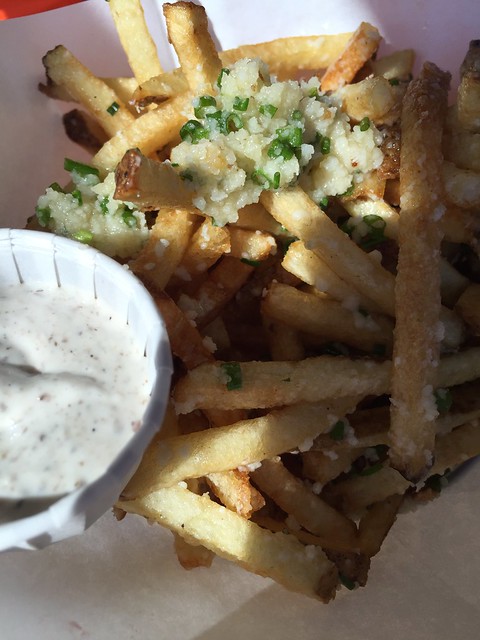 Wow!  Just wow!  So good.  These were the truffle fries with a healthy helping of some kind of deliciously salty Parmesan cheese topping.  I forget now what the dipping sauce was – truffle aioli maybe. 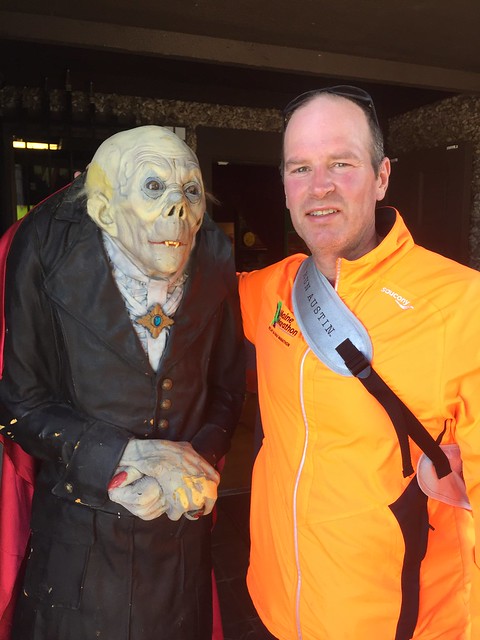 Mike met some new friends on the way back to the hotel.  We did go back to the hotel after lunch to rest up a bit and make a plan for the evening.  A plan that was supposed to involve much less walking.  However . . .

Mike, who, as far as I know has no bucket list and up until that day had no aspirations to buy or wear cowboy boots.  I mean, I couldn’t even picture it.  Somehow the hour we spent in Allen’s must have rubbed off on him because he wanted to go back for a pair of his own.

So back out we went.  We had to stop and “rest” on the way there. 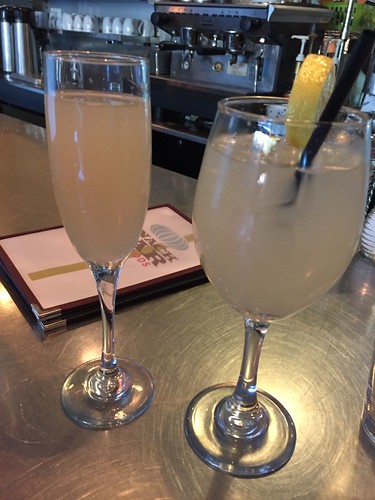 We enjoyed these drinks at a cool little place called The Snack Bar.  I’m not sure if it was part of it, but it was right next to The Austin Motel which looked really interesting in a hip, nouveau retro kind of way.  I’m going to check it out as a place to stay if/when we go back. 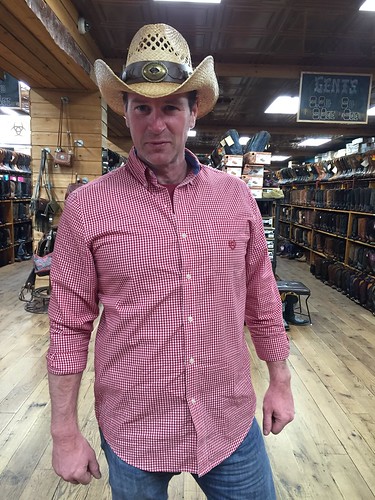 Mike got his boots.  We got so into the whole Western thing at Allen’s that we almost bought the hats, too.  I planned to dare to wear the boots when we got back home to the Northeast no matter what, but I knew I wasn’t brave enough for the hat. 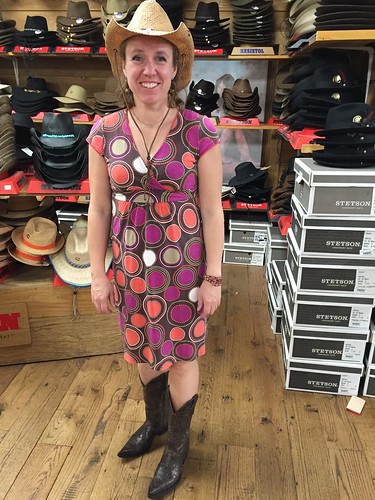 Mike couldn’t wait to get home to put on his boots either.  (He’s worn them almost every day since we’ve been back.) 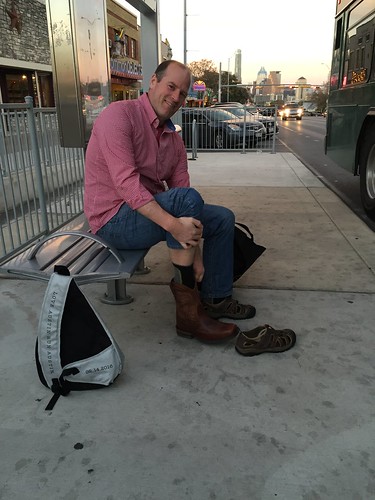 Our plan was to try them out dancing at The Continental Club. 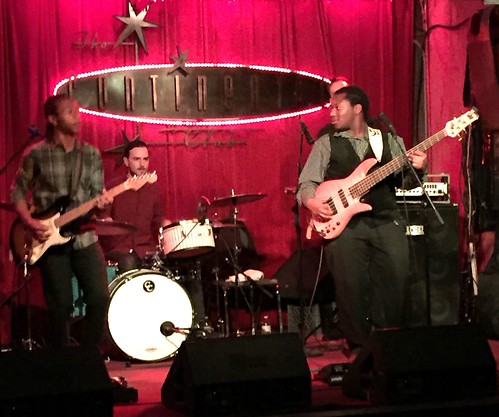 The band, The Peterson Brothers, was great, and we did dance just a little bit, but we were the only ones dancing.  The music was pretty blues-y.  Maybe you just don’t dance to that.  At least we didn’t very well.

It was a great day!  I think we put in at least 8 miles on our tired legs.  Not the brightest idea, but we had fun.  Next time, we’ll Uber at least some of it.