We managed to only leave Portland about an hour late.  We’re notorious for getting a late start.  Always so many late minute things to do.  On top of that there was a crazy freak snowstorm and tons of traffic because of it.  The first hour of our journey from Portland to Boston was quite harrowing, but we finally made it to my Mom’s and had a nice dinner and said good-bye to the kids.

My mom was kind enough to take us to the airport the next morning at 4:00 am.  Even then the security line at Logan was quite long, and we got to our gate just in time to board.  We’d never traveled on SouthWest before, but everything went quite smoothly. 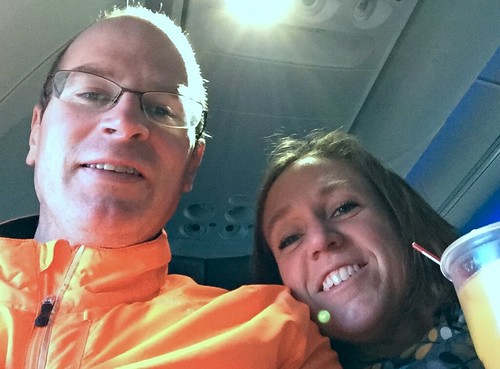 Celebrating our first flight together since 2002

We landed in Chicago right on time, had just enough time to use the bathroom then continued on to Austin. 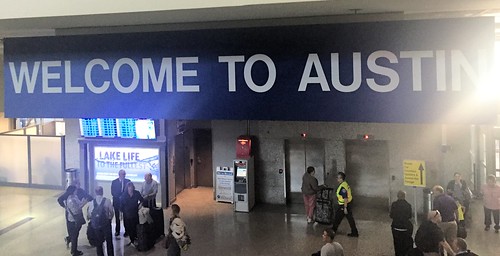 We arrived at around noon and took a cab to our hotel.  Our room wasn’t ready yet, but we were able to ditch our bags and head out to lunch.

Compared to home, the weather was just gorgeous.  It was so nice to leave all that built up tension from the cold behind.  I hadn’t done much research on Austin food, so we ventured out to a Mexican restaurant recommended by the hotel.  It wasn’t great, but it was WONDERFUL to be able to eat outside.  (Margarita’s were too sweet, chips were boring, but Ceviche was quite good, and atmosphere on the outdoor second floor deck was perfect.) 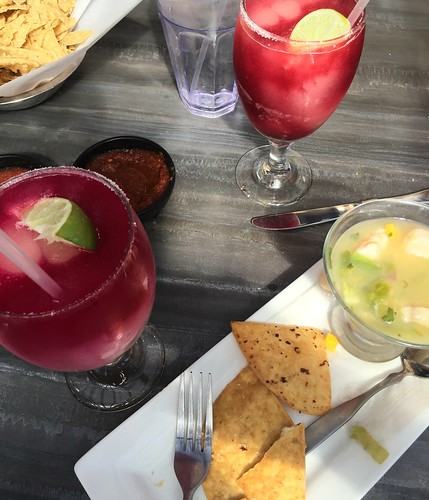 We wandered around 6th street for a very short time after lunch then got the call from our hotel that our room was ready.  We headed back to the hotel, washed the travel off of us, put on some running clothes, and headed over to the Expo to pick up our packets and check that out.

The Austin Marathon is supposed to be pretty big – over 10,000 participants between the half and the full, but I wasn’t sure what to expect from the Expo after we told the hotel we were here for the marathon, and they asked, “Which marathon is that?”.

It turned out to be just perfect. 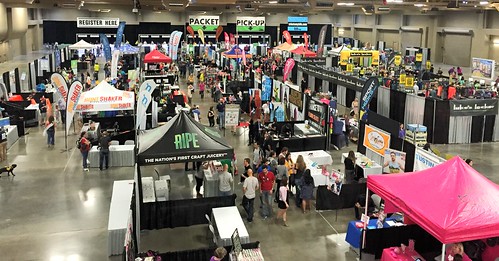 We were there for a marathon and wanted to bask in the running hype, and there was plenty of that there. 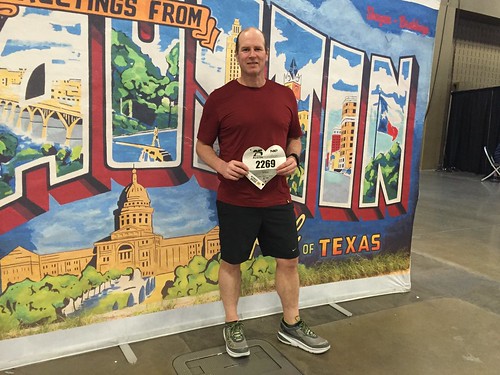 Picked up our numbers first 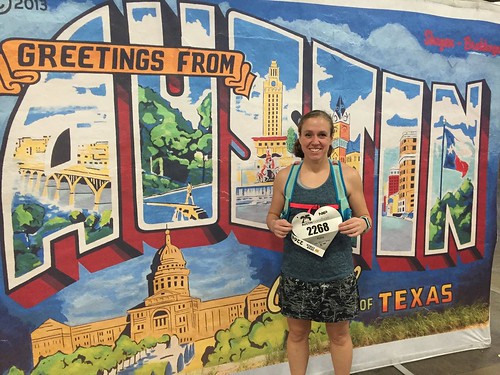 The heart bibs for Valentine’s Day were cool

We got a lot of great SWAG including a cool backpack that came in really handy all weekend.  I think our favorite booth was the Nuun one.  I had tried Nuun once before and didn’t love it until I realized how much I really don’t like Gatorade.  We bought a bunch of the tablets and got some cool water bottles both of which we used the whole time we were there.  We also really liked this yummy cold pressed juice that we tried.  We kind of tried to find some the rest of the week with no luck.  I might try Whole Foods here this week.

There was so much to see and great live music playing while we wandered around.  We wanted to make the most of our experience, so we checked out every single booth.  I bought a shirt, and Mike bought a flip belt.  We ran there and had planned to walk back to the hotel, since we expected to have a lot of stuff to carry.  Thanks to our new, free backpacks, we were able to run the mile or so back.  It was hot though!

We got back to the hotel and showered (and may have napped), got hungry, and decided to venture out again.  We didn’t want to eat or drink too much before the race, but a burger and a beer sounded great.  We still hadn’t spent much time researching where to eat, so we headed back out to 6th Street where we’d had lunch.  We walked up and down a bit before settling on a place called Jackalope.  Like everything else on 6th St., it kind of looked like a dive bar at first, but The Chupacabra burger (Barbacoa beef, salsa verde, jack, pickles, jalapenos, ghost pepper aioli) that we ordered to share turned out to be really good.  We each ordered a local beer from Austin Beer Works.  I got the Pearl Snap Pilsner.  I can’t remember what Mike got – something darker with a nice taste of coffee at the finish.

The waitress was very friendly and somehow talked us into a couple of tequila shots.  I guess, by that time, we were thinking we still had one more whole day before the marathon, and we should, after all, make the most of our rare vacation. 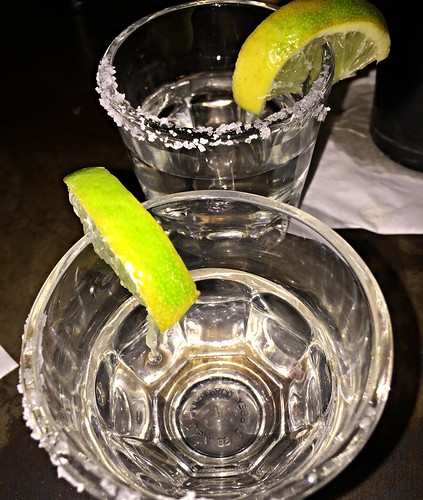 In spite of the tequila, we didn’t get too crazy, but we did end up testing out the on-premise Jackalope. 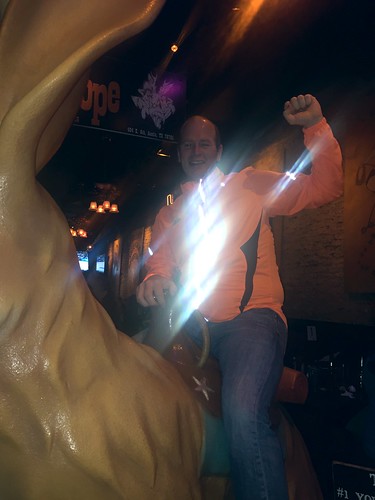 It was much more tame than the mechanical bull we’d seen further down the street. 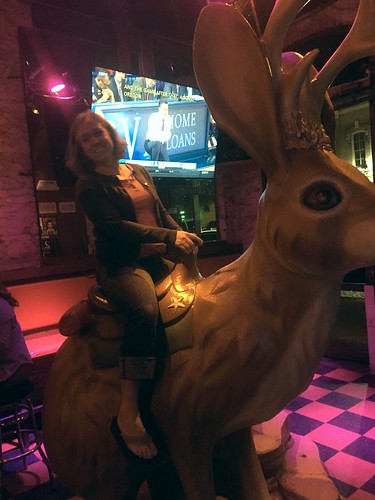 We vowed to follow a pre-marathon diet religiously the next day.