It’s been a busy weekend so far, but the most exciting thing is that our youngest daughter finished her first 5K this morning. 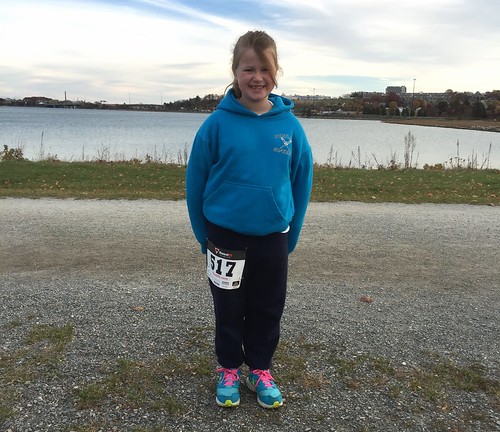 Now all four kids have done at least one 5K.  Sadly none of them are as addicted to running as we are.  Yet.

The race was put on by Addie’s school, and there was some kind of reward for the class with the most participants, so she was motivated to help her class.  Our plan was to walk some and run some.  She made sure to tell me that she would decide when we would run and when we would walk.  (I think she’s heard Mike complain a time or two about me setting too fast a pace and always wanting to be one step ahead.)  I’m actually surprised she was even concerned.  She thinks she can run 35 miles an hour, since she and Mike happened to be running by one of those digital signs that tells cars how fast they’re going when a car going 35mph also went by.  We don’t have the heart to explain.

We ended up walking more than we ran, but I was impressed that she never gave up running completely – didn’t even really consider it.  As we were walking along, we’d pick out trees, signs, benches, etc. off in the distance where we’d plan to start running again and pick another landmark where we would stop.  We were excited to see Mike/Dad waiting near the end and made sure to be running when we went by him and got some high fives.  We took a quick walk break after that to make sure we’d have enough left to finish strong and managed to pick up our pace at the end for in impressive 54 minute or so time (the course was actually about half a mile too long – so we did about 3.6 miles). 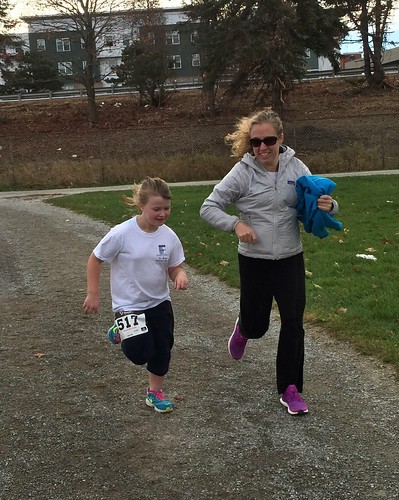 Addie told me later that she thought it was cool that people she didn’t even know were cheering her on.  I like that in a race, too.  Mike also had a great race, but I’ll let him write about that. 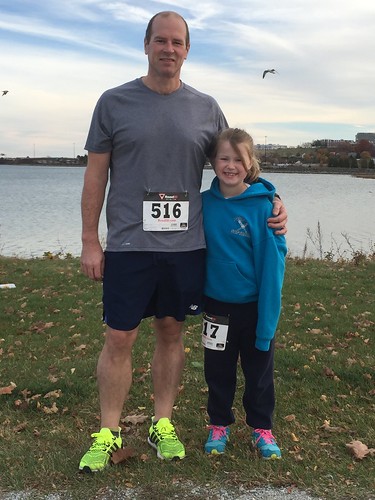