Somehow a Sip of Europe has been in Portland for three years with us knowing. It was my charge to find a new breakfast spot for the morning and I came upon this spot through some online research during the evening while at work.  Sip of Europe specializes in crepes, so while I’ve been  trying a Keto Diet, Katie suggested that I could just dump the ingredients out of the crepe and enjoy.  Once I saw the crepes (and an another item), I was like, “Screw that!”

We hopped on our bikes and ventured forth for a Bike for Breakfast: 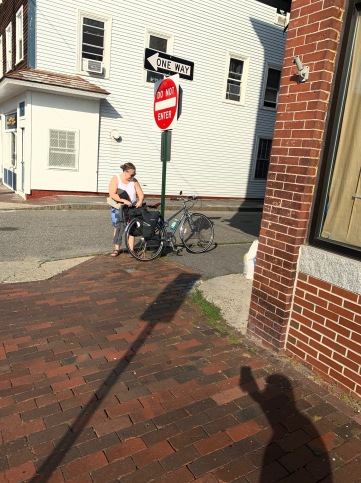 I just love those green rims on my Fixie!

On our ride to breakfast, we were passed by a parade of antique cars, which was cool to see (the pic doesn’t do it justice).

I’ve probably gone by Sip of Europe dozens of times the past three years and have not noticed it.  Not surprised since the signage does not exactly shout out to you. 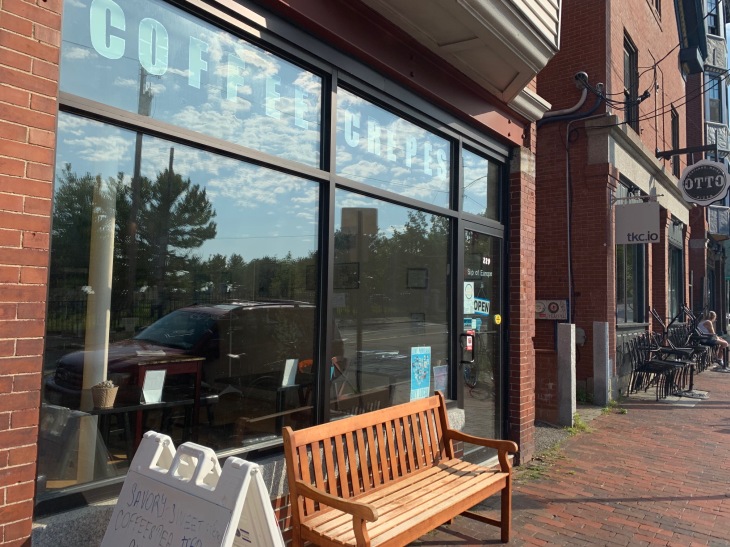 The other thing is that I’m not a pancake person.  Give me three slices of French Toast and I’m in breakfast heaven.  I suppose that crepes are not pancakes, but Sip of Europe was enough to make me a convert!  First though, I have to address the opener which was this beautiful pitcher of Mimosa’s made and served by the owner herself, Yulia. 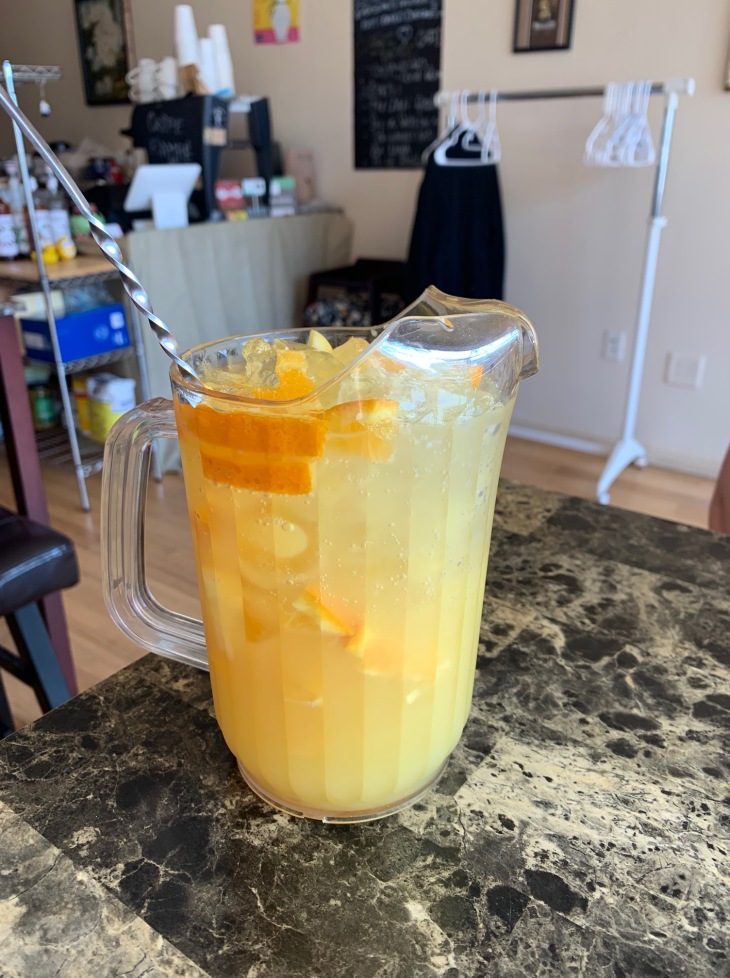 The mimosa had nice flavor and the addition of lemon gave it a nice tartness.  I’d usually go for a Bloody Mary for breakfast, but will definitely repeat this on our next visit.  One side note is that Yulia  did scold me after my initial order for Margaritas.  Not sure where that brain cramp came in.

So…about the menu.  Not the actual offerings (which you will see, are fantastic), but the printed menu itself. It had the feel of a dumpling restaurant in Boston’s or NYC’s Chinatown.  Maybe I’m off here, but take a look: 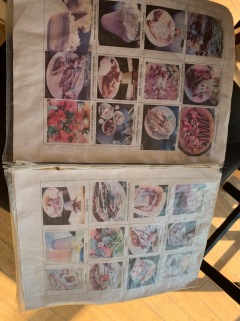 No doubt that the description were perfect of the offerings.  I guess the pictures threw me off.  They were unexpected, and the first I’ve seen for breakfast, but they did represent the product well.

So, on to the main event.  Not realizing that the $19.99 for two special (three crepes and 2 drinks) was only available Tuesday-Friday , we ordered two savory (the Hawaiian and Mustard of Ham -with goat cheese replacement with Yulia’s permission-) and one sweet (the Baklava).  It was a bit of a wait as Yulia served two regulars, but no doubt we were very satisfied as the crepes came out one by one: 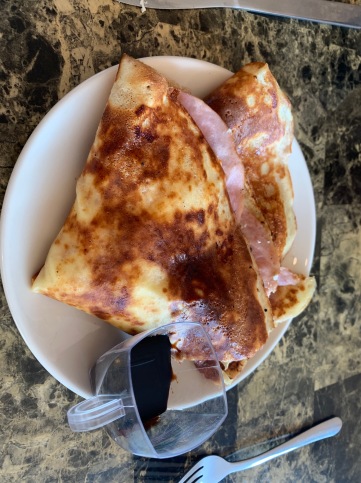 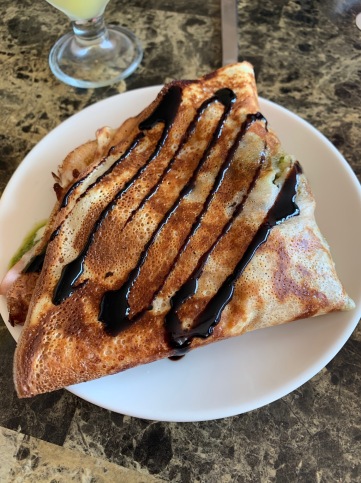 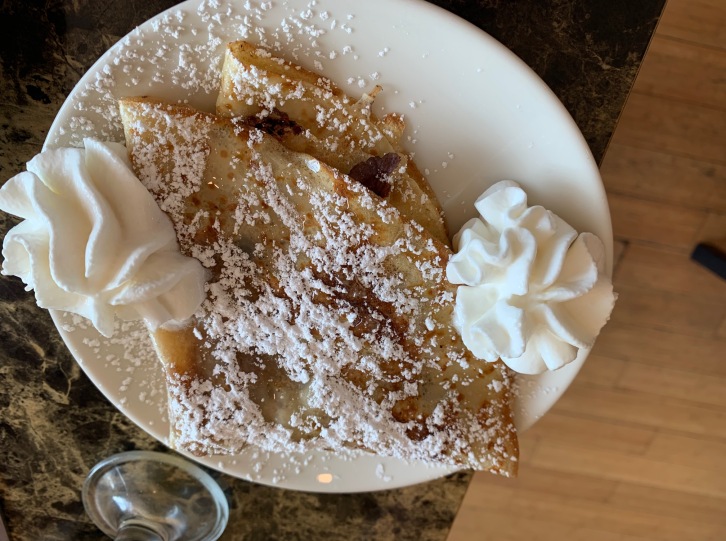 Top left is the ham and cheese.  The ham was top shelf (I’m guessing Boar’s Head) and with the addition of the balsamic glaze on the side it was a taste explosion.  Next came the Hawaiian which was fantastic with the only drawback being that the pesto drowned out the pineapple flavor some.  Finally, the Baklava crepe was otherworldly as a sweet end to our feast. We ended up taking some of our treats home in to-go containers, but I’m sure they did not make it to the afternoon before being devoured in a second round.

A pleasant surprise was that our total bill came to $37.00.  I thought this a great deal for a very satisfying meal with the pitcher of Mimosas despite a another minor scolding (joking?) from Yulia about drinking and  biking.

We will return to Sip of Europe and hope to bring friends.  Next time I will be sure to read the fine print on the Specials Board.