Our last day in Austin might have been our best, most memorable day.

If you’ve read anything about the food scene in Austin, I’m sure you’ve heard of Franklin’s Barbecue. 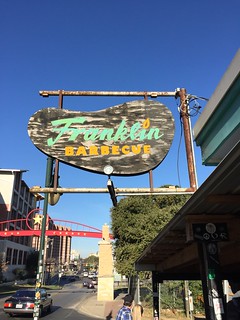 If you told me I’d have one of the best times ever waiting in line for food, I would not have believed you. 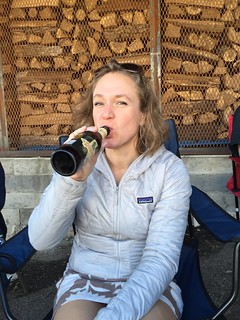 But this wasn’t just any old line.  Chairs were provided (at least for the first 50 or so line-waiters), and not only was drinking allowed, but drink orders were taken and fulfilled.  Since it was a Tuesday, we felt comfortable getting there on the late side – around 8:30.  We managed to snag some of the last few available chairs and a shady spot under the stairs.  Mike set off to find some snacks and (adult) beverages for us while I held our place in line.  (I didn’t realize until after he’d left that you could order drinks from Franklin’s while you were waiting.  We needed breakfast, anyway.) 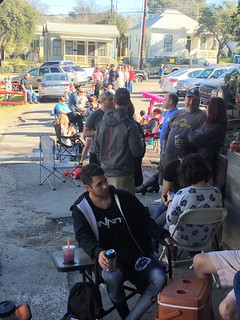 At first, the line was pretty quiet, but three hours and a lot of beer later, we were all fast friends. 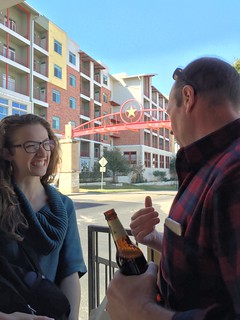 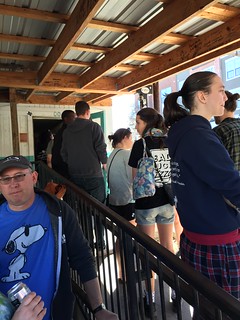 Almost at the door! 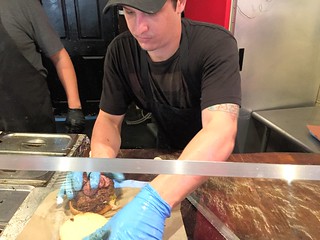 It was amazing how friendly the servers were considering how many people they must have to deal with each day. 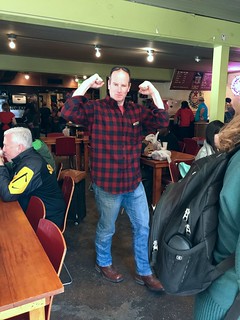 We were feeling pretty victorious at having conquered the line and made it inside. 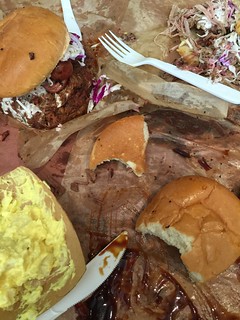 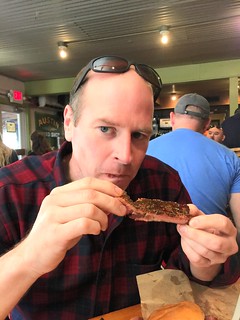 We tried pretty much one of everything, but if I ever go back again, I’ll just get brisket, brisket, and more brisket, and maybe a rib or two.  (Everything was great, but the brisket and ribs really outshined everything else.)  The brisket had a wonderful, black pepper crust and just melted in your mouth.

We had to head home the next day to the snowy, Northeast. 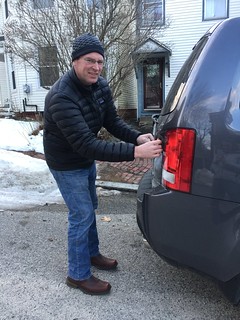 We stickered up our cars – a lot of work for a sticker! 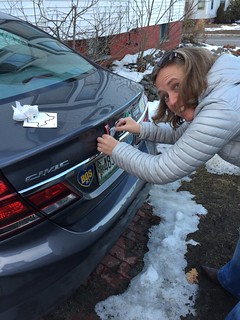 And  handed out our Austin souvenirs. 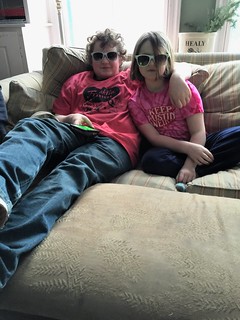