Just a week ago today, we were running a fun race along the Eastern Promenade Trail.  I had harassed a bunch of my coworkers (and Mike) into joining me in running the 6th annual Portland Brewers’ Holiday Dash 5K.  We had a blast.  See? 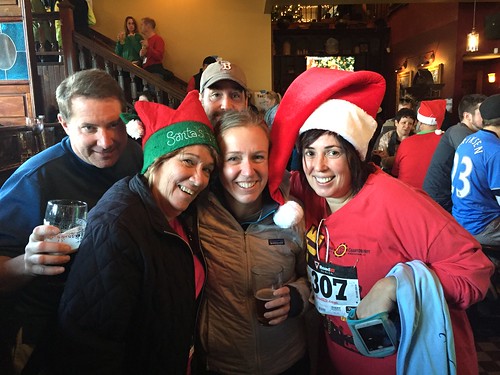 All the runners (and walkers) were in such a great festive mood.  The costumes were great, especially this guy dressed up as Ebenezer Scrooge. 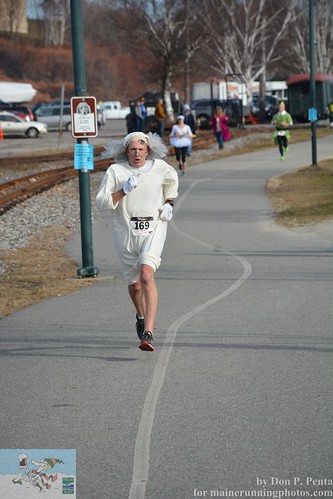 He was really fast, too.

It was the first time I dressed up for a race. 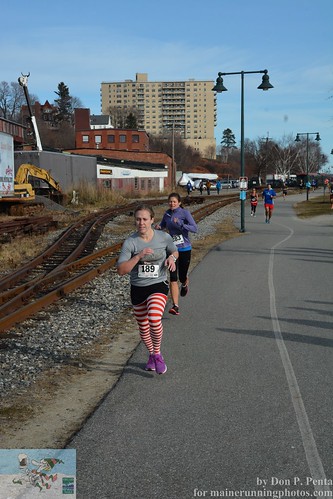 My striped tights were pretty tame compared to the ugly Christmas sweaters and Christmas tutus I saw other people wearing.  I’m going to have to step it up a notch next year.

The start line was about a quarter mile away from Rira’s right where the trail first crosses the Narrow Gauge Railroad tracks.  We ran about a mile and a half out to just past the graffiti wall near the sewage treatment plant and turned around and came back.  It’s a pretty course with views of the ocean the entire time.  I even think the graffiti wall is cool.  Here’s a picture from a year or so ago. 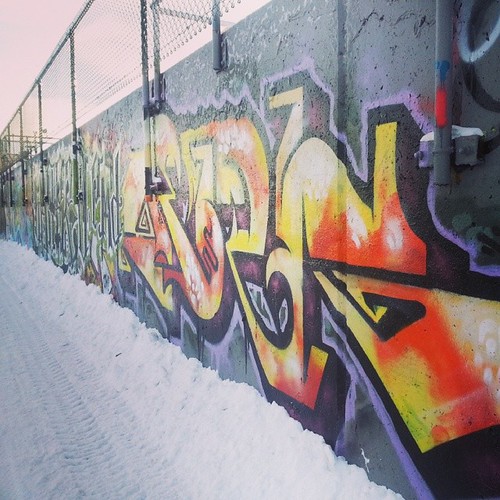 The artwork keeps changing.  And thank goodness there’s no snow yet.

Three of us set a PR which was really exciting.

Actually, at least five of us set a PR, since it was a first time race for a couple people.  By the time we all finished the race, Rira’s was packed, but we managed to push our way up to the bar and get our beer.  The line for the brunch (also included in the entry fee) was all the way up the stairs, so we enjoyed our beers while waiting for the line to get a little shorter.

In the meantime, we started to see people walking by with their plates full of brunch food.  It didn’t look terrible but didn’t look worth the wait either, so we decided to move on to a less crowded place.  We hit up The Porthole and ended up having their backroom (used to be The Comedy Connection) all to ourselves.  I opted to drink my breakfast and had a delicious Bloody Mary, and we all had a great time chatting and joking reveling in our race accomplishments.

Overall, here are my thoughts on the race: